Effective Tuesday, March 17, 2020, the Strafford County Courthouse will be closed to the public, with the following exceptions:

For those entering the Courthouse, a brief survey will be conducted to ensure the health and safety of yourself and personnel.

All essential State and County personnel will be allowed into the building to conduct business. Please be supportive and patient as we work together to fight this pandemic and keep our personnel safe. We thank you in advance for your support and cooperation.

Based on the potential devastating effects of the Coronavirus (Covid-19), we are taking all steps suggested by the Center for Disease Control (CDC) to deter the disease’s progress. Strafford County’s Team has been working diligently and the closure of the Courthouse was determined the best course of action to continue to protect staff from the likely spread of the Corona virus (Covid-19). 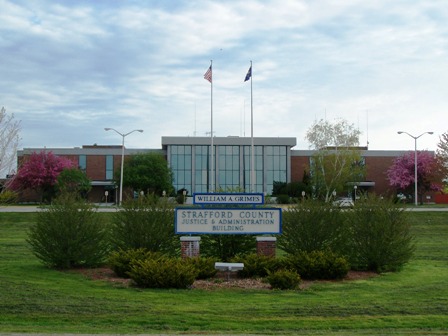 The Office of the Strafford County Attorney is responsible for overseeing the investigation and prosecution of all criminal cases in the County.  The primary responsibility of the Office, and the bulk of its workload, is the prosecution of criminal cases.  By statute, RSA 7:6 and 7:34, the County Attorney serves as the Attorney General's representative in Strafford County, for the purpose of “enforc[ing] the criminal laws of the State.”  Thus, the County Attorney represents the interests of the State of New Hampshire in all criminal cases in Strafford County (with the exception of murder cases, over which the Attorney General's Office has exclusive jurisdiction).  This involves directing and/or reviewing criminal investigations undertaken by local and State Police; presenting evidence before the Grand Jury; reviewing and prosecuting misdemeanor cases that are appealed to the Superior Court; researching and responding to motions filed with the Court; attending depositions of witnesses and pretrial motion hearings; preparing witnesses for deposition, hearing, or trial; presenting the State’s case at trial; arguing the State’s position at the sentencing hearing; and representing the State’s position in various post-conviction proceedings, such as sentence review, motions for new trial, and habeas corpus petitions.

The County Attorney’s Office has other duties that are prescribed by statute, including responding to untimely, suspicious, or unattended deaths and ordering that autopsies be performed where appropriate in such cases; initiating extradition proceedings to effectuate the return of fugitives to this State; and representing the interests of other States in proceedings to return fugitives to them for prosecution.n.  In addition, as an elected public official, the County Attorney has a duty to the people of Strafford County, and to the judicial system, to improve the quality of justice and assist in expanding public awareness and understanding of our legal system.  The County Attorney meets this responsibility by speaking before a variety of civic and public organizations concerned with understanding and improving the quality of justice in Strafford County, and by serving on committees and boards devoted to improving the legal system and law enforcement policies and procedures.  The County Attorney is also actively involved in promoting legislation designed to improve law enforcement and the criminal justice system.

The County Attorney's Office has a Victim Assistance Program which assists victims of and witnesses to crime in dealing with the criminal justice system.  This program is designed to reduce the confusion and fear that people – especially children and domestic and sexual assault victims – often experience when they become involved with the criminal trial process for the first time.  The job of the victim-witness assistants is to inform victims and witnesses about every phase of the criminal prosecution, and to insure that victims have input into the disposition of the cases involving them.  The Victim Assistance Program in Strafford County is unique in the State in that the director and coordinator of the program are trained in conducting interviews with children who are victims of abuse and adult victims of sexual assault.  To protect such victims from multiple interviews, and to protect the integrity of the investigation, Strafford County has long followed a protocol requiring that such victims be interviewed only once, on videotape, in the County Attorney’s office.  This protocol has been successful in protecting victims from being “re-victimized” by the court process.  It has also been an invaluable tool in screening cases that should not be prosecuted and laying the groundwork for a successful prosecution in cases that are pursued.

The County Attorney’s Office has an Assistant County Attorney on call, who is available 24 hours a day, by pager or cell phone, to advise and assist the County’s 14 police departments and Troop A of the State Police on legal issues that arise in the course of their investigations.  The County Attorney, the Deputy County Attorney, and the Assistant County Attorneys also try to make themselves available to address many community and law enforcement groups on a variety of subjects, including: Child Abuse, Sexual Assault, Drug offenses, Motor Vehicle offenses, the workings of the Criminal Justice System, and many other topics of interest and concern to the community.  The County Attorney’s Office also offers training seminars on various law enforcement topics to the police departments within the County; as well as similar trainings, on request, for Correctional Officers from the Strafford County House of Corrections.

Against Domestic and Sexual Violence